Growing Up at Trail Lakes Hatchery

Willow Hetrick tells how her childhood as the daughter of the Trail Lakes Hatchery manager influences her life and career today.

Willow Hetrick and her siblings had a front row seat to salmon aquaculture when they were still in diapers. The experience at Trail Lakes Hatchery taught her the value of hard work, as well as how hatcheries build strong salmon runs and healthy communities. This is her story in her own words.

My parents met at Port San Juan in 1982 and worked for Prince William Sound Aquaculture. Soon after they were married, my dad took a job with ADF&G and worked at Cannery Creek from 1984-1986, where my parents brought me home from the hospital in Anchorage. From 1986 and 1988, he worked at Main Bay prior to moving to Trail Lakes Hatchery.

In 1988, the State of Alaska slowly began the process of transitioning their hatcheries that produced fish for the commercial fisherman to private, nonprofit organizations such as Cook Inlet Aquaculture Association (CIAA). When this transition occurred, the employees at Trail Lake chose to remain state employees but my father, Jeff Hetrick, decided to leave ADF&G and move to Moose Pass in June 1988 to work for CIAA as the hatchery manager.

Both Cannery Creek and Main Bay facilities consisted of the fish hatchery and associated buildings, including three houses and seasonal bunkhouses. Our young family grew very close from the isolation and living remote without almost any communication except a biweekly barge service that brought mail, groceries and fuel.

My parents decided to leave Prince William Sound so my siblings and I could know other children and attend school. I was three-and-a-half years old, my sister was two, and my brother was barely 6 months old. Lucky for us, we left just in time as less than a year later was the Exxon Valdez Oil Spill.

A Fresh Start at Trail Lakes

Main Bay was the first hatchery to raise red salmon smolts and CIAA was interested in expanding into a much higher valued fish. Soon thereafter, the State of Alaska transferred the operations at Crooked Creek, Big Lake, and Tutka Bay to CIAA.

Trail Lakes Hatchery is an important component of the Moose Pass community providing year-round employment and attracting young families that keep the school in operation. No shorter than a week after moving to Moose Pass, our longest family friends, including their eldest daughter and my best friend, drove their boat from across Trail Lakes to the hatchery because they heard of a new family in town with kids the same age.

The hatchery provided for a community gathering place; at the time it was one of the only facilities with an unlimited supply of water and families would come for miles to shower, do laundry, and fill up their water jugs for the week.

I consider myself very fortunate to have grown up living at Trail Lakes and Moose Pass. Childhood memories aside, the employee housing along the lakeshore boasts the best, unobstructed view on the Kenai Peninsula. You have Trail Lake to the south, Johnson Pass to the east, and LV Ray Peak to the west.

Johnson Pass was our backyard. We would walk to the ‘first bridge’ each evening after dinner, picking berries, identifying plants and birds, and talking to the fairies along the way. We fished off the old Seward Highway bridge across Moose Creek, floated the creek through the culverts under the new highway, we climbed the mountain behind the Hatchery where we’d play in the woods all day.

Our tree fort by the lake was still standing until a few years ago. A few times we rode our horses along the power line to Moose Pass. In the winter, we would ice skate and snow machine across the lake to Trail Lake Lodge, and the hatchery would construct an ice-skating rink in the parking lot for the entire town. I vividly remember skating one cold evening in February while watching the green and purple northern lights dancing above us.

The Lessons of Hard Work

One of the aspects of my childhood I remember the most is the fish rearing process. My siblings and the other children of permanent and seasonal workers were free labor. By the time I was 5, I was meeting the floatplanes at the lake, mixing the sperm and the eggs, cleaning raceways, and feeding fish. By the time I was 10, I was going on egg takes when there was room in the plane, taking eggs at Bear Lake, and cutting fins and checking otoliths in the lab.

I don’t forget the fun stuff: mopping the floors, cleaning the windows and walls, steam cleaning raceways with oversized waders and weeding the gardens. On several occasions I would greet visitors at the visitor center and explain to them the salmon life cycle and why the hatcheries were so important for all the fisheries.

This upbringing stemmed a career in natural resource management and continual advocacy for stock enhancement of not only salmon, but other important species for Alaskans such as king crab and shellfish.

My dad left the hatchery in 2001 after 20 years of salmon aquaculture — 13 years with CIAA — and went to the Alutiiq Pride Marine Institute in Seward which provides, amongst many things, stock enhancement of subsistence shellfish species.

Now, 18 years later, we both co-manage the facility. My family still lives in Moose Pass to this day. As I write this article, my three children are of similar age as myself and my two younger siblings when we moved to Moose Pass. We still fish at the bridge, we still chase fish up Moose Creek from the viewing platform, and we still hike Johnson Pass trail.

Not a drive to town goes by that I don’t stare out the window and reminisce of our time at Trail Lakes and yearn for the carefree days of playing in the woods and living the annual cycle of the salmon. 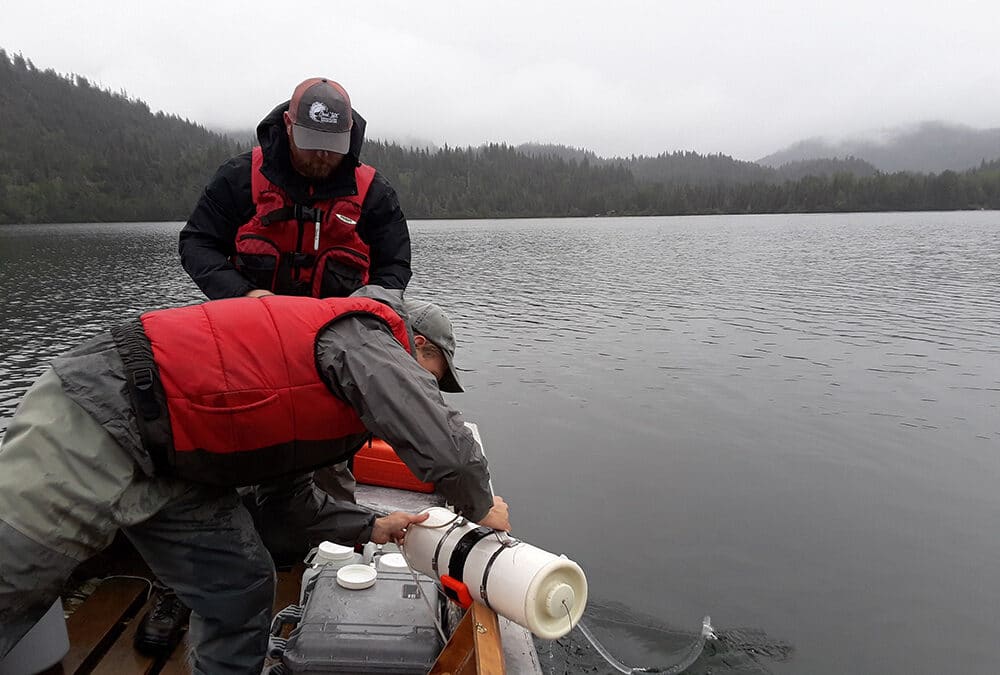 Fertilizing lakes can be good for salmon and is used by CIAA to enhance some salmon fisheries. However, there are risks if not done correctly. 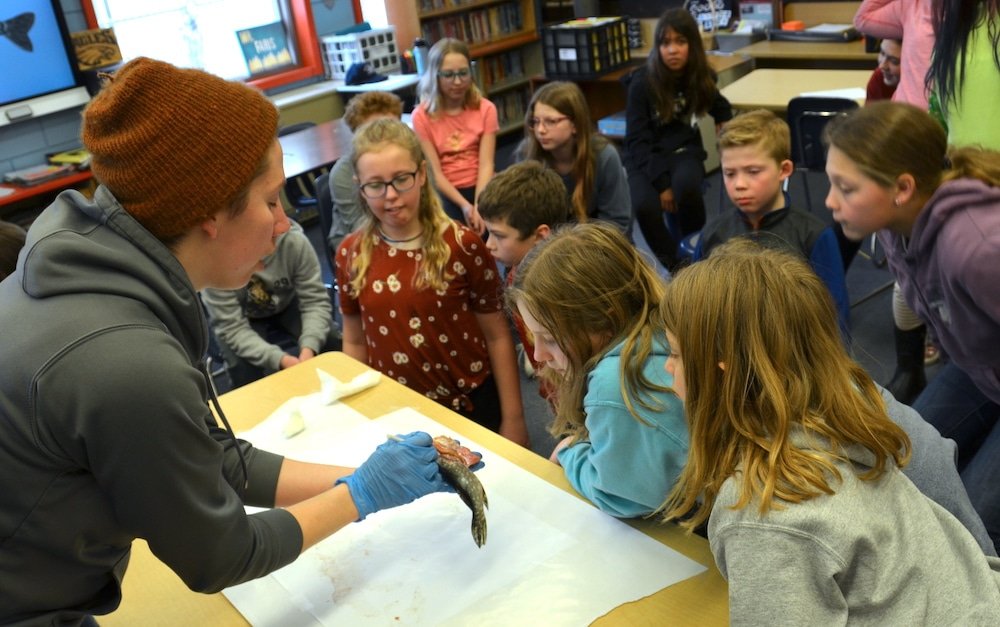 Education and outreach comprises a large portion of the work that drives staff at CIAA. Learn how CIAA engages with the public. 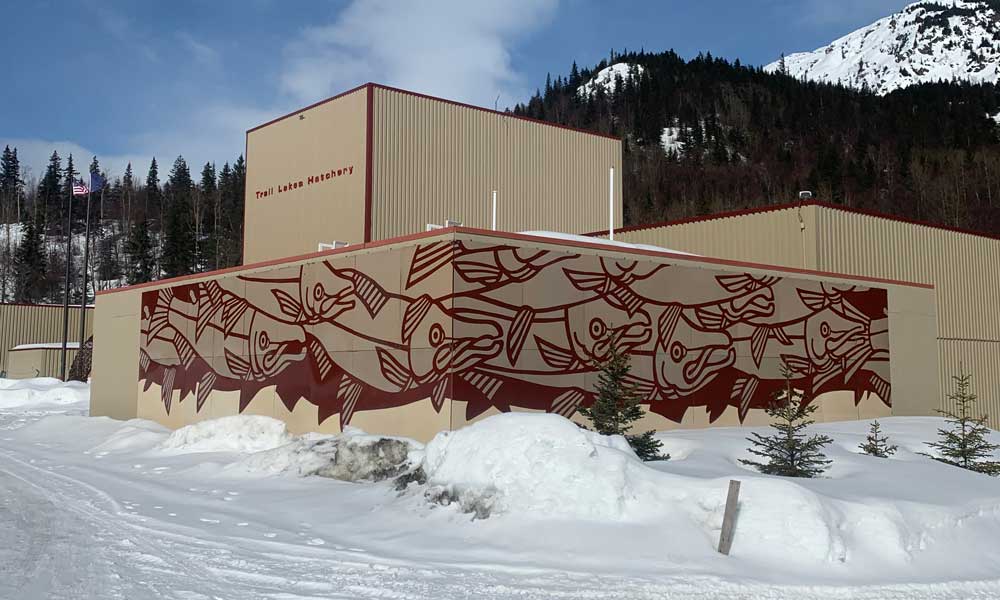 The Trail Lakes Hatchery, located in Moose Pass, has enhanced the area’s salmon runs since 1982. Learn about its past, present, and future. 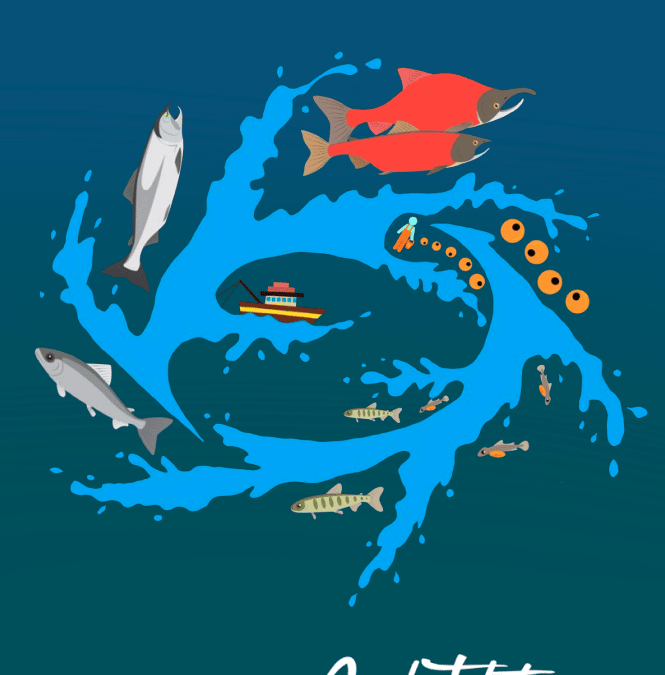 The Cook Inlet Aquaculture Association’s 2021 Annual report is available. Learn about the opportunities and challenges CIAA took on in 2021.